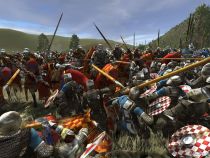 In Deuteronomy 2:24 God told the children of Israel;

Rise up, take your journey, and pass over the Valley of the Arnon. Behold, I have given into your hand Sihon the Amorite, king of Heshbon, and his land; begin to possess it and contend with him in battle.

Reading the above scripture one must realize that God had indeed made His mind to hand in king Sihon and his wealth to the Jews. But still the Jews had to contend with him in battle. It is so amazing  that God fought all the battles against Pharaoh (through Moses and Aaron) to free the Jews from slavery but every Jewish tribe had to fight individual battles to enter and possess their inheritance!

Another instance is that of Caleb. God promised a forty-year-old Caleb that he would inherit Hebron – one of spacious portions of the Promised Land. Forty-five years later Caleb finally took control of his inheritance. But he had to fight for it. Before He could get the blessing from Joshua to possess his promised land Caleb not only that he had to prove his fitness and willingness for battle, but was also required to actually fight against the king of Hebron and defeat him. (Joshua 14:6-14)

As previously stated no-one – INCLUDING GOD HIMSELF- can  take control of any wealth in this world without PAYING FOR IT IN FULL! This is an irrevocable divine law of wealth. If you think its a joke let me a few scriptures.

First. We all know that God chose Jesus Christ His only son to be the King of this world. God the Father gave Jesus  the name above all names as the Lord of Lords and the  King of kings according to the plan He made  before the foundation of the world. But He did not just present the Kingdom  to Jesus for free. Jesus had to pay the ultimate price for that. Listen to what Paul said

You must have the same attitude that Christ Jesus had. Though he was God, he did not think of equality with God as something to cling to. Instead, he gave up his divine privileges he took the humble position of a slave and was born as a human being.When he appeared in human form, he humbled himself in obedience to God and died a criminal’s death on a cross. Therefore, God elevated him to the place of highest honor and gave him the name above all other names, that at the name of Jesus every knee should bow, in heaven and on earth and under the earth, and every tongue confess that Jesus Christ is Lord, to the glory of God the Father. (Filipians 2:5-11)

This is amazing. Jesus was God and the creator of the world but still when He wanted to take control of the material world He created He had to pay for it through service and personal sacrifice.Perharps one of the most striking scriptures I have ever came across is this;

For God loved the world so much that he gave his one and only Son, so that everyone who believes in him will not perish but have eternal life. John 3:16

As we all know humans through Adam lost control of wealth to Satan. By losing control of wealth  ( the source of life) we lost also the eternal life. Because God loved us so much He wanted to restore that control back to us. To do so He had to BUY IT BACK FROM SATAN BY THE PRICE OF HIS ONLY SON JESUS CHRIST. If God and His son Jesus had to pay for their wealth on earth we can’t  get away with material wealth for free. Jesus told His disciples that if any one want to follow him (emulate his success and rule with him in his kingdom) one must take HIS / HER OWN CROSS – by giving sacrificial service to others.

Please don’t confuse forgiveness of sin (and going to heaven) with possession of material wealth. Jesus died on the cross to pay the price of our sins so that – by believing in Him- we gain access to heaven. So  we receive forgiveness of sin for free because Jesus Christ paid the price for us in full. But taking control of material wealth in this world demands that the possessor pay the full price in advance. So we receive forgiveness by simply confessing Jesus as our Lord and Saviour but we take control of wealth through courage, dedication and sacrifice. This is the fact the sons of Zebedee  (John and James) and their mum woke up to one day.

One day their mother came to Jesus with her sons. She knelt respectfully to ask a favor. “What is your request?” he asked. She replied, “In your Kingdom, please let my two sons sit in places of honor next to you, one on your right and the other on your left.” But Jesus answered by saying to them, “You don’t know what you are asking! Are you able to drink from the bitter cup of suffering I am about to drink?” “Oh yes,” they replied, “we are able!”… (Matthew 20:20-22)

Holding a position of wealth and honour in the Kingdom of Jesus Christ takes more than a simple prayer- it demands going through what Christ went through! Sitting with King Jesus in His throne is not just a matter of appointment but a matter of qualification as well.

Now the question is why? Why would God offer His child to be persecuted and crucified in exchange of control of the world and her wealth? As mighty as He is, God could have taken control back from the Devil and gave it to us without subjecting His dear son in to a bloody conflict. Why a loving God would let the children he so dearly loves fight for their wealth? If God really loves us why can’t He fight all the battles for us and let us walk in to our wealthy lifestyle with ease?

To know the answer to this question read this article.